Changing of the Guard

The significance of Paradiso is manyfold. It is a monument, a retired church, a temple of rock and sacred territory. An official changing of the guard not only provides curb appeal for the site, it also enhances the integrity of the building.

The sentries embellish and ‘pump up the volume’ of the architecture. They extend the iconic nature of Paradiso into the social realm, while at the same time providing mystique, guarding the remnants of spiritual happenings and goings-on within Paradiso. In contrast to most security systems which are activated after dark, the sentries provide ritual security during the day.

The sentries remain standing, very still, guarding Paradiso. Once per hour, they move from their positions to parade, while performing a combination of marching, militaristic dancing, and speaking in loud voices. Twice a day, during rush hour, the guest regiment replaces the sentries on duty. 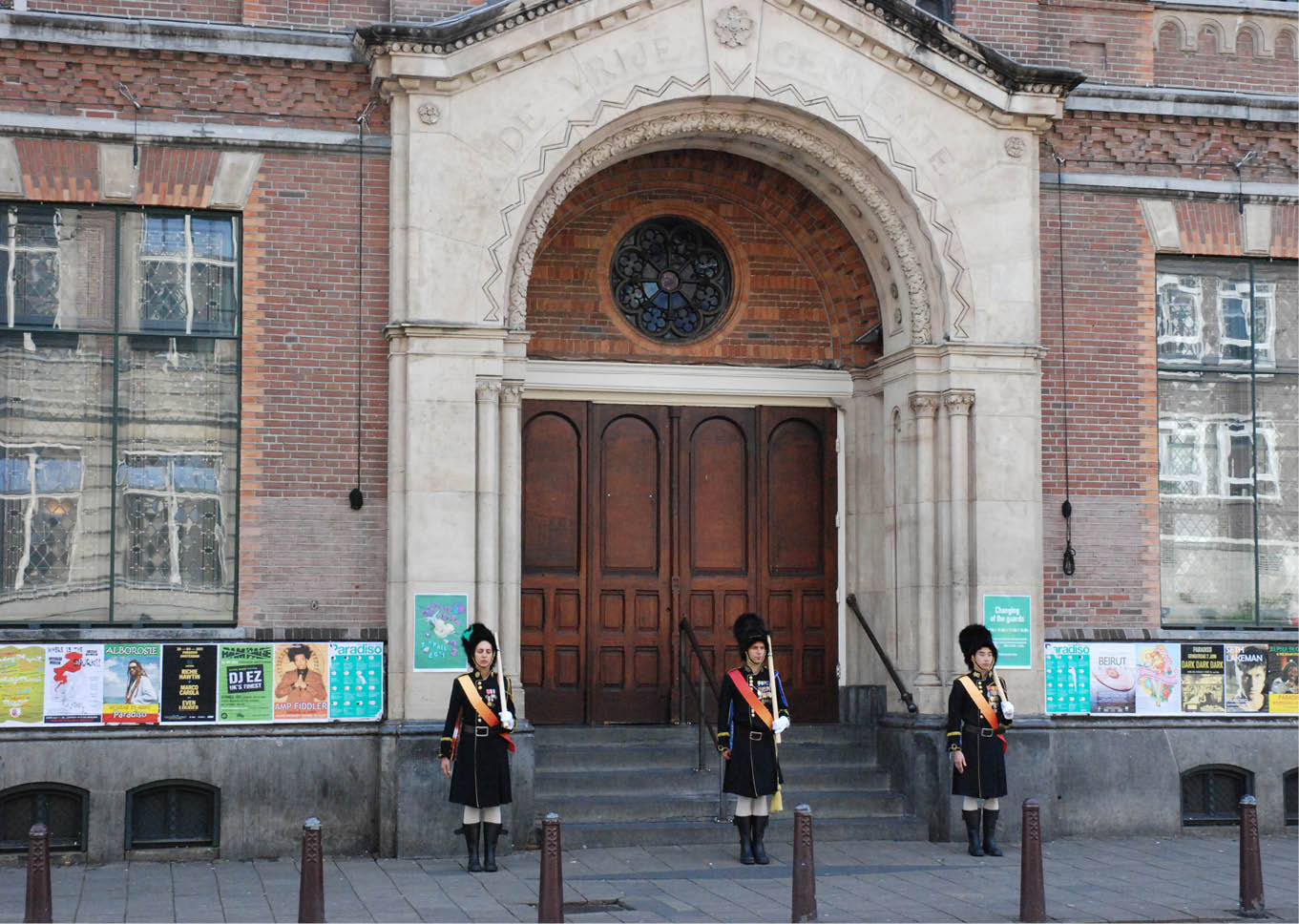 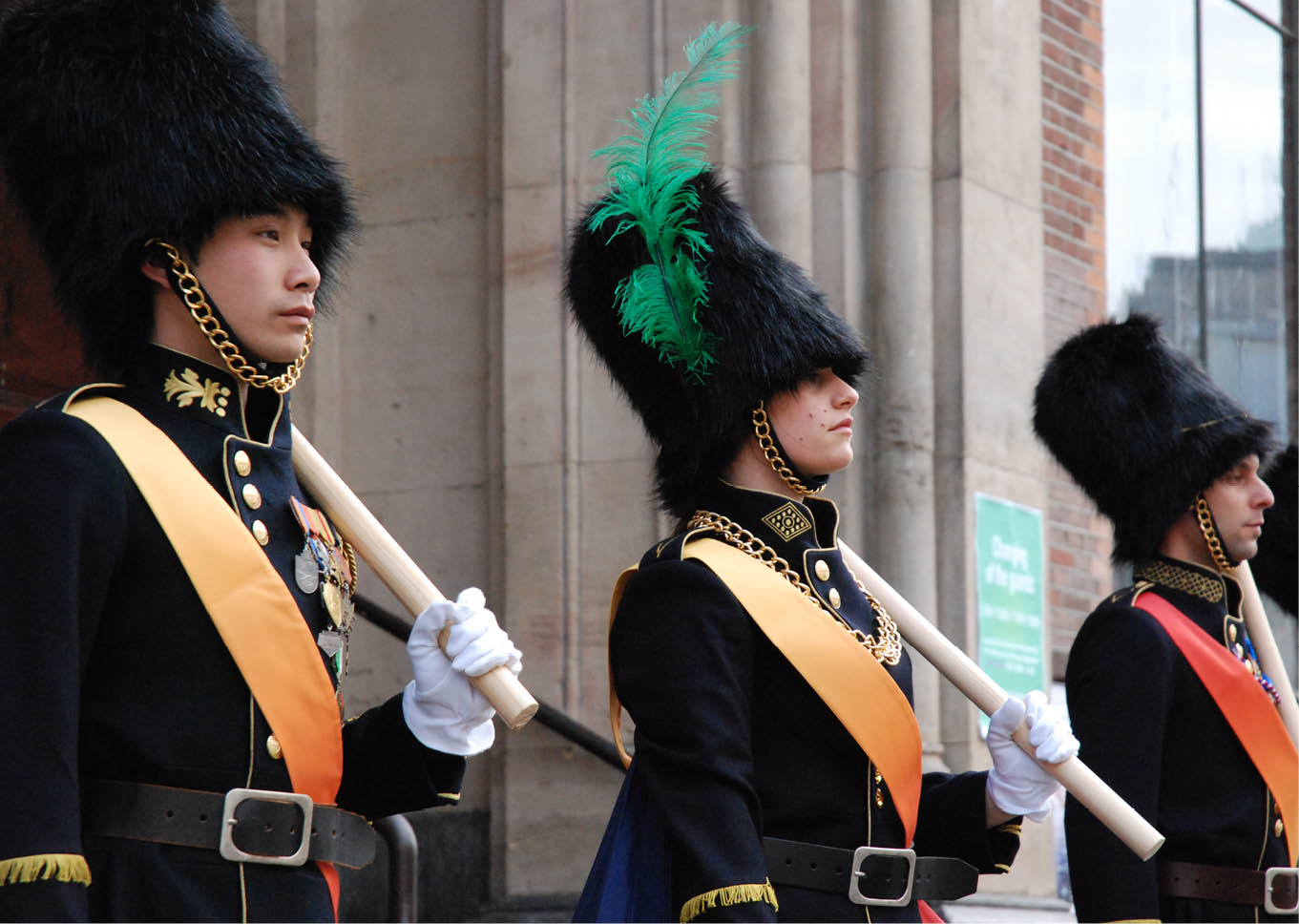 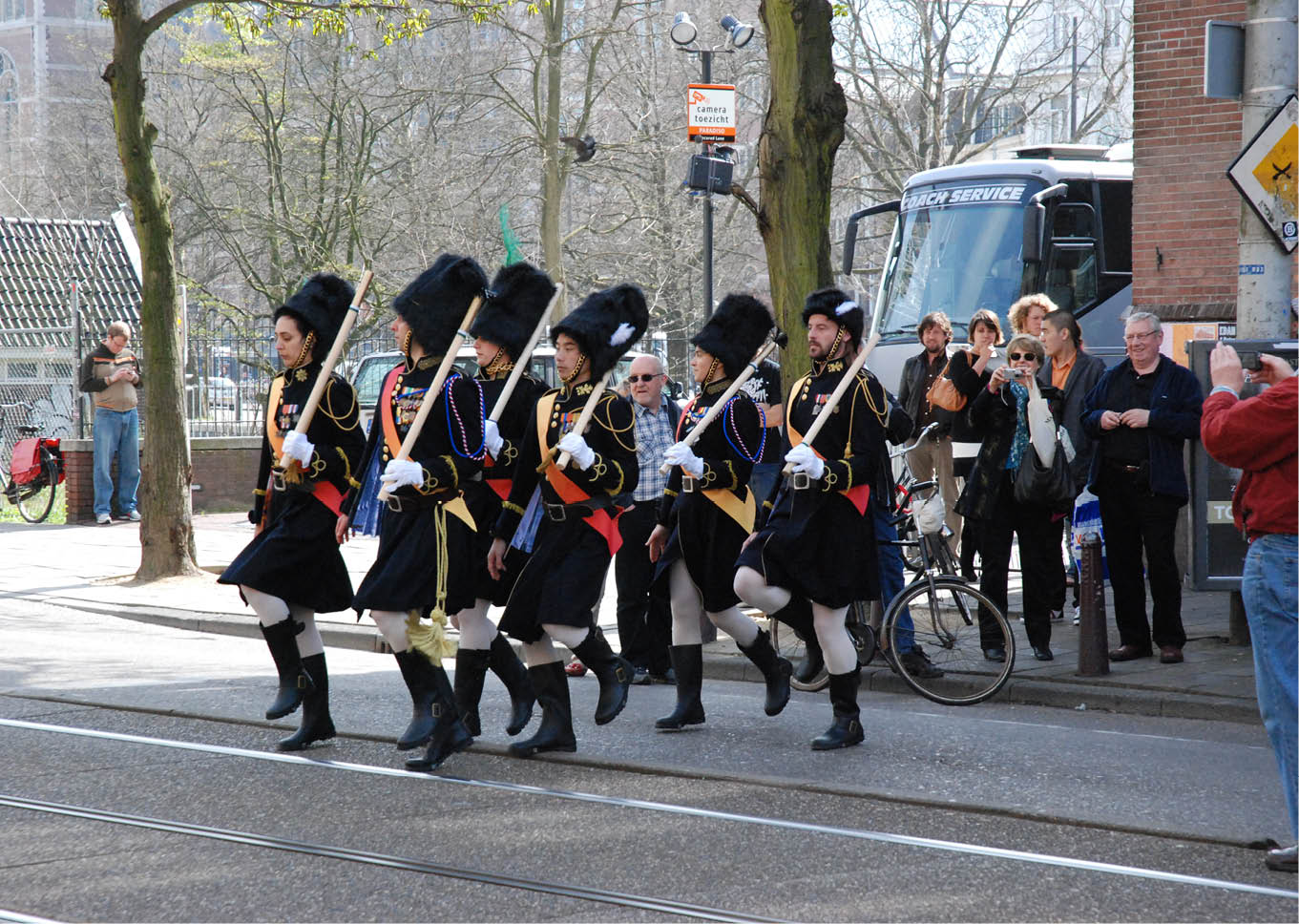 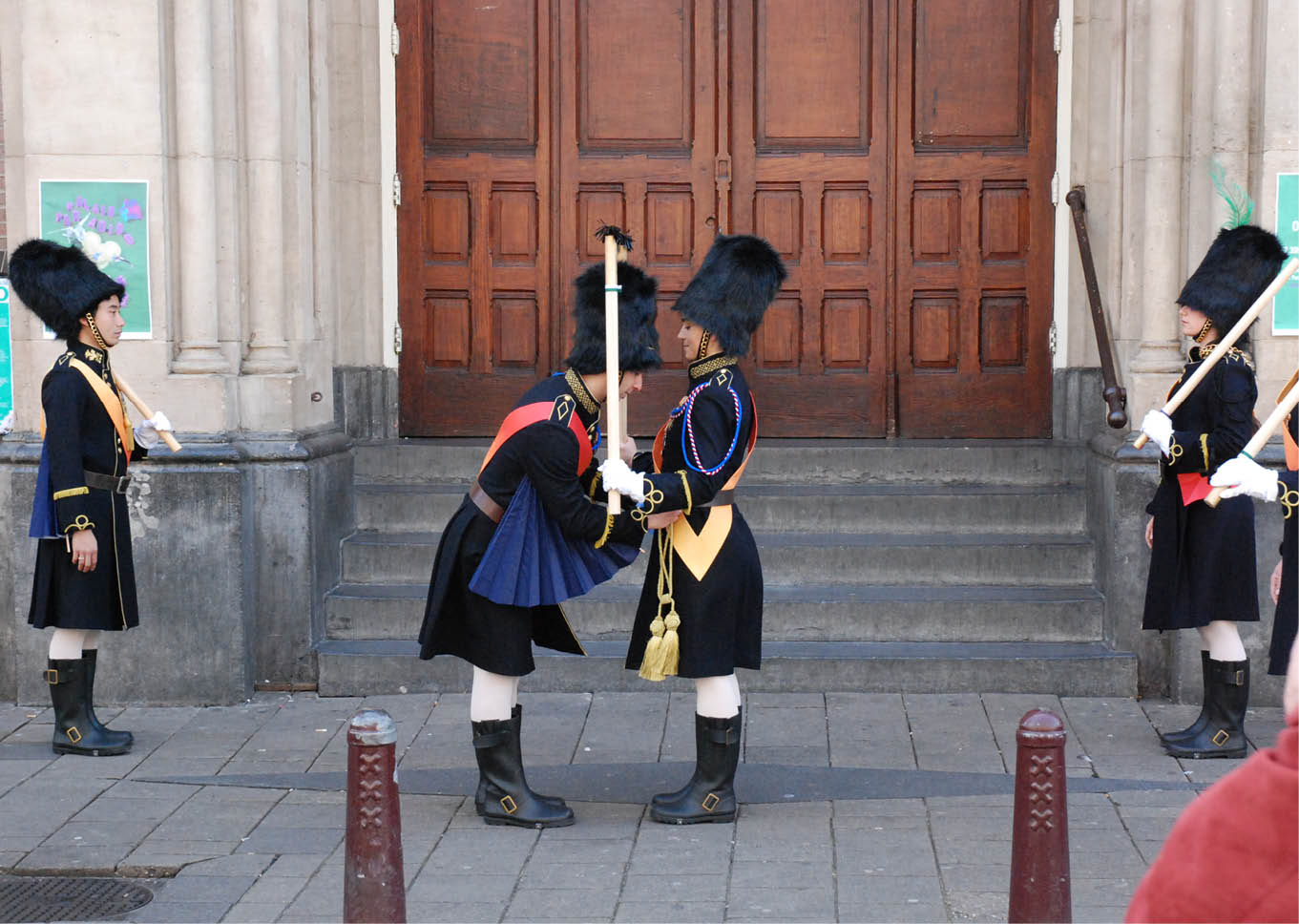 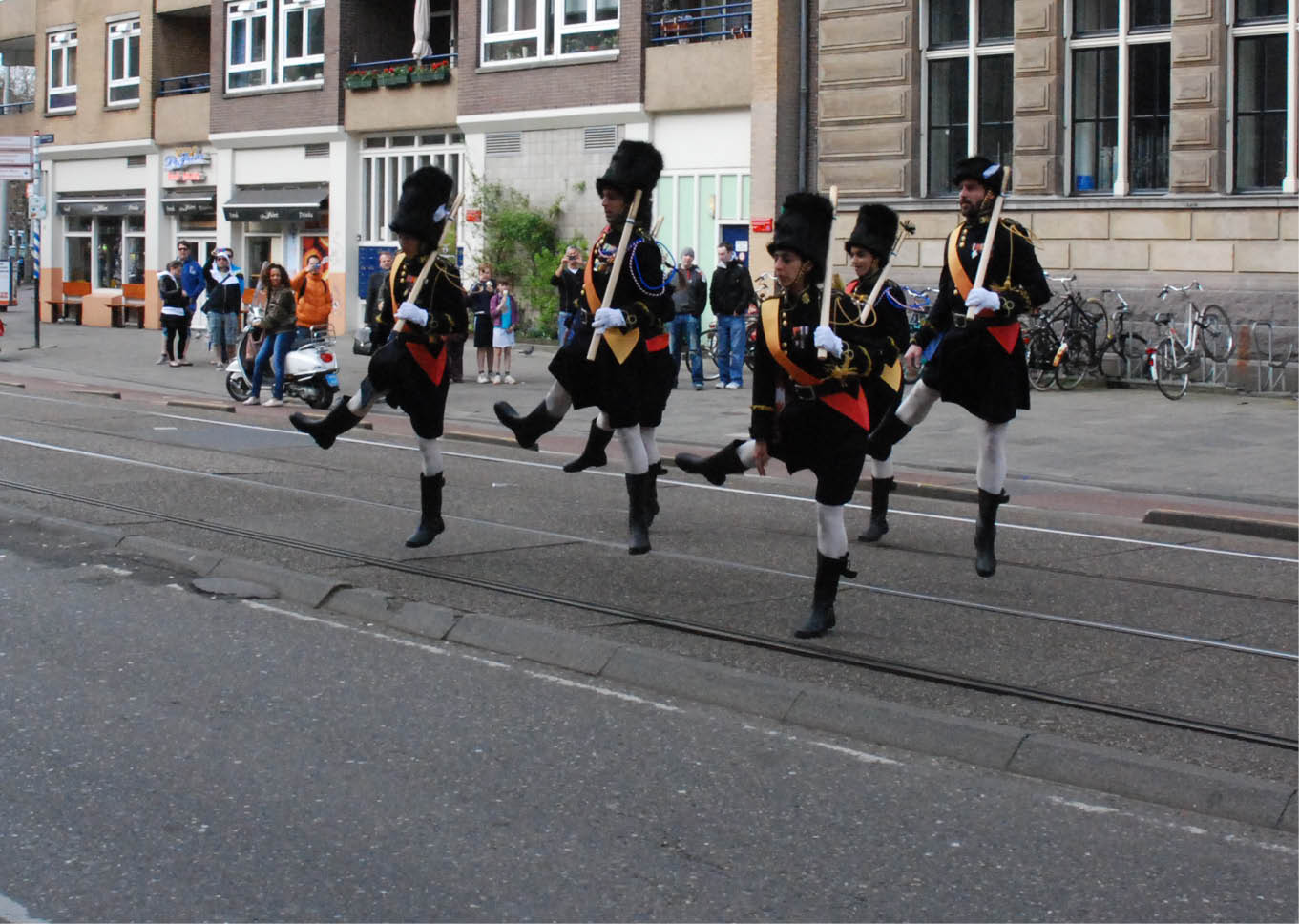 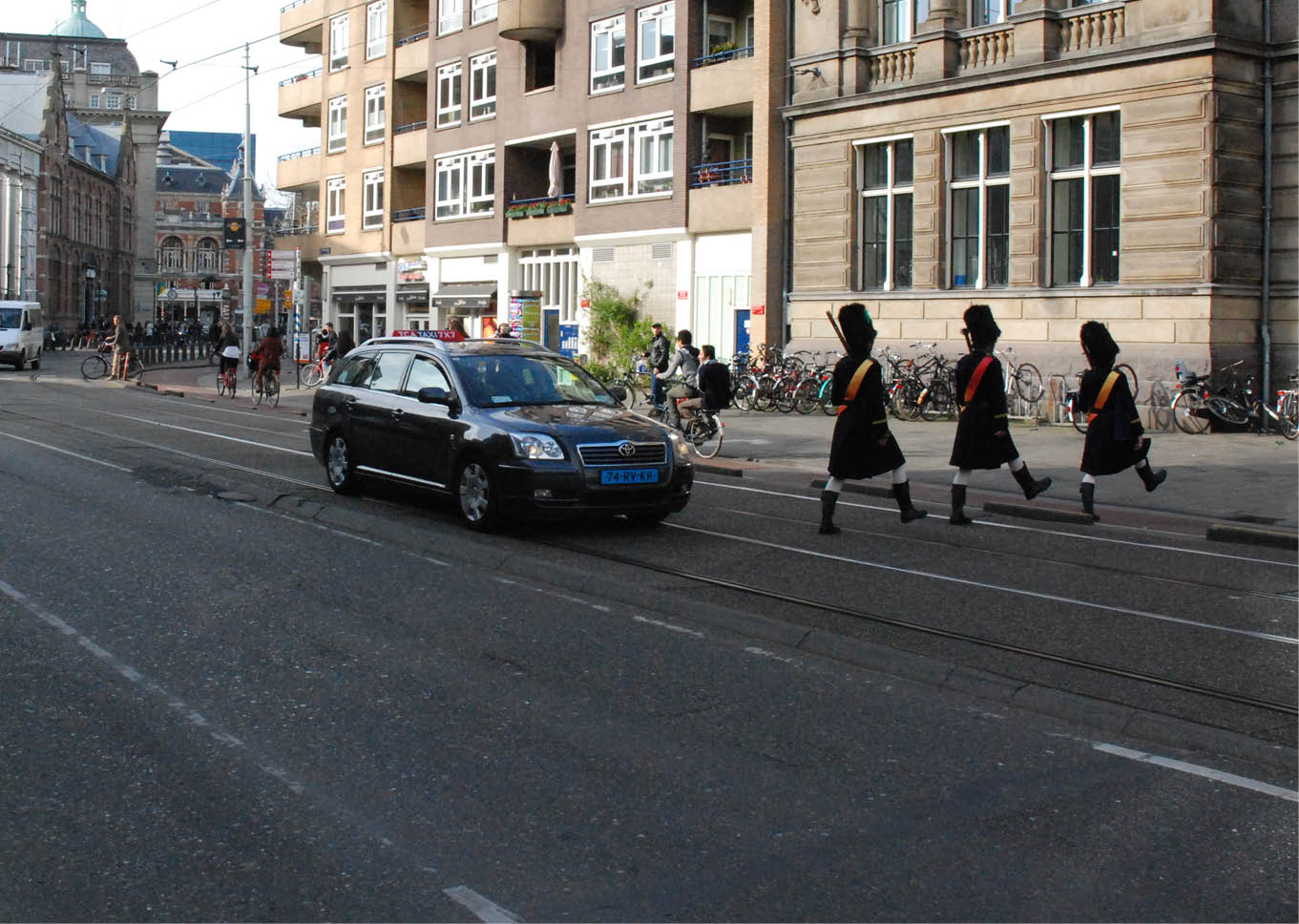 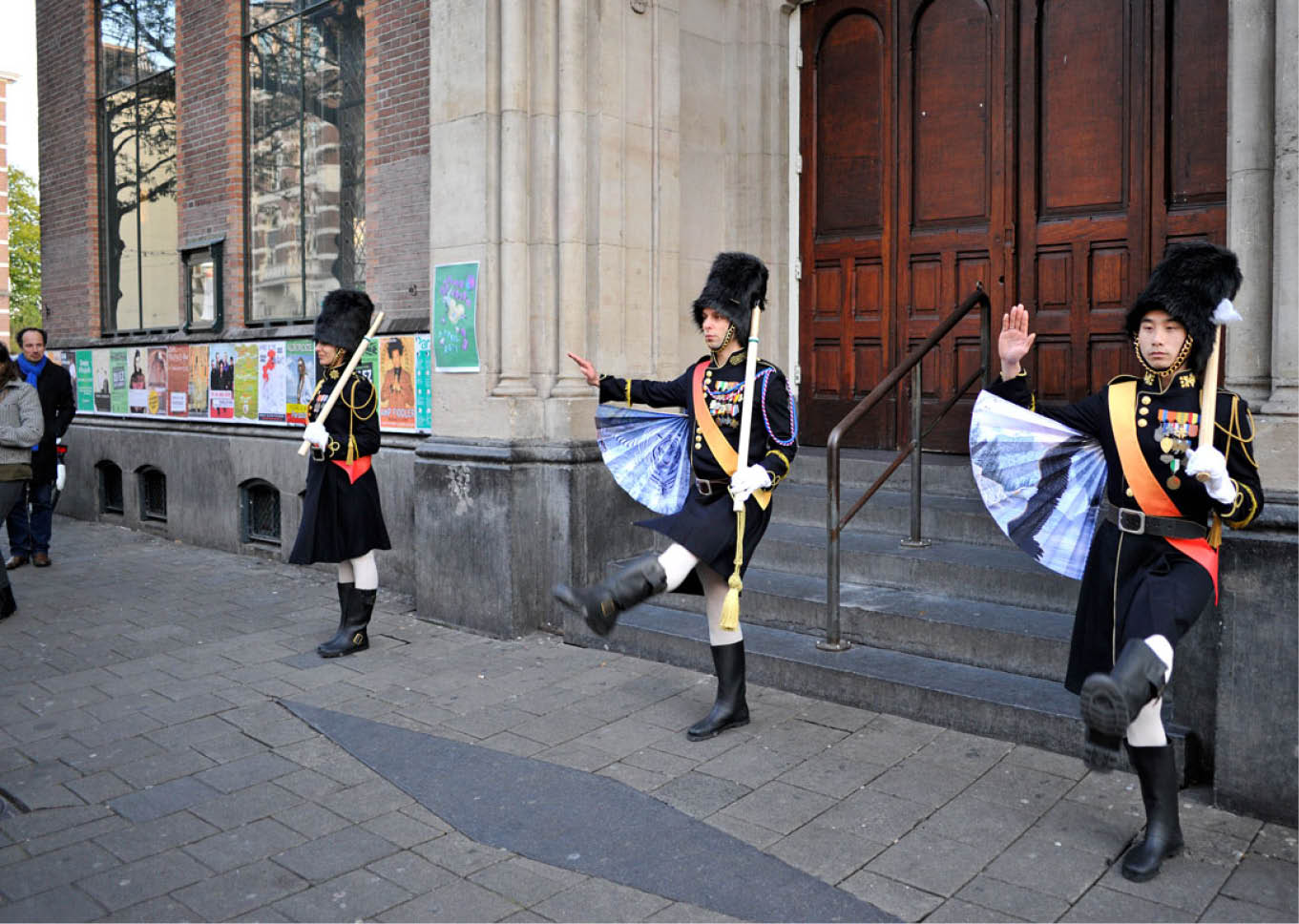 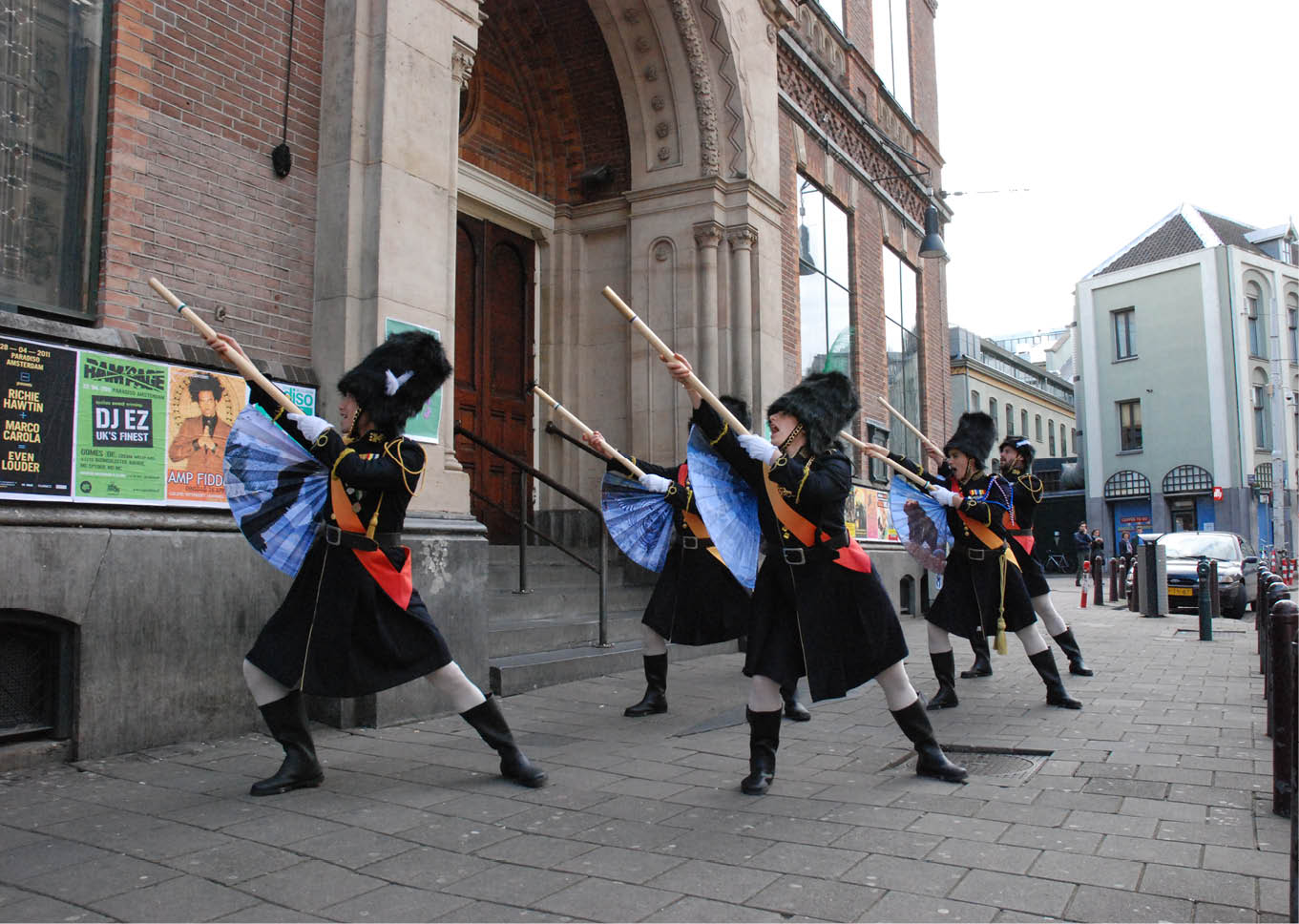